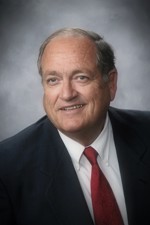 Born and raised in western New York, I graduated from the Law School at the University of Buffalo in 1976. After passing the New York and Florida Bar examinations in the spring of 1976, I moved to St. Petersburg, Florida. Once in Florida I began my legal career as an associate with a firm then called Bradham, Lyle, Skipper, and Cramer, a firm then practicing in the Tampa Bay/St. Petersburg area which represented a large number of insurance companies.

During my first five years of practice I was an "insurance defense" attorney working for the Bradham, Lyle firm. An "insurance defense" attorney is an attorney who represents persons insured for liability who have been sued for acts or failures to act which come within the protection of liability coverage afforded through an insurance policy. If sued on a claim coming within policy coverage, the insurance company assigns counsel to represent its defendant insured.

In 1997 I moved the primary office location from Florida to East Aurora, New York, a suburb of Buffalo. A primary reason for the move was a health problem of a family member (skin cancer). The Florida climate is great, but for some it can be deadly. Additionally, I had always wanted to practice in New York, where I had grown up and had gone to law school.

Since 1997 my office location has been at 673 Main Street in East Aurora, New York. East Aurora is located 17 miles southeast of Buffalo, approximately 20 minutes by car from downtown.

Although the office is in New York, I continue to practice in Florida. Most recently, I have appeared as attorney for an estate beneficiary in Pasco County, Florida and also settled a Florida Workers Compensation claim, on which I had been working for many years, for a substantial sum.